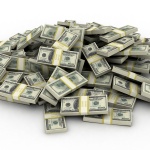 Alabama have 51 cities with Credit Union location in your country. All country.


In 1908. the spread of credit unions has reached the United States. In 1935 President Roosevelt signed the state Charter on credit unions, which became a law. Like the credit cooperatives, credit unions form associations of a higher level, which are called corporate credit unions. In the U.S. credit unions timely and full repayment of loans is a common phenomenon. Unpaid and delinquent loans are not more than 3% of their amount. Credit cooperatives and credit unions exist in many different forms. The main differences relate to the nature of the membership and the opening of a credit institution. Unlike banks, in order to use the services of a credit union, you have to become its member, having written an application and having paid thus shares and membership fee.