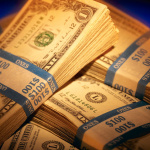 Wisconsin have 82 cities with Credit Union location in your country. All country.


In the U.S., credit unions have a clear organizational structure. All credit unions belong to one or the other parent credit union (there are 35 of them in the U.S.). Typically, donor contributions to the credit unions are targeted and used in the same statutory requirements and restrictions as the Mutual Financial Aid fund as a whole. Principles of cooperative democracy and interaction were adequate to the purposes for which people joined credit unions. At the organization of the credit union it is important that people know each other and know the extent to which each of them is trustworthy. National Credit Union Insurance Fund was created by Congress in 1970 to insure deposits of credit union members in the amount of 100 thousand dollars. Contributions from of shareholders in credit unions in no way can be considered as borrowed funds, they come from the shareholders and for the shareholders and can not be used to provide services to third parties. Taking a decision to join a credit union, citizens create an organization through which they participate in the shared savings by mutual crediting and joint (collective) use of personal savings. Credit unions encourage the proper use of shareholders savings, developing social programs (education, health, recreation, housing, etc.). The specifics of credit unions and, in some sense, their uniqueness lies in the fact that they work not for profit and do not appropriate profit.