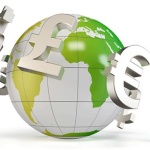 Nevada have 11 cities with Credit Union location in your country. All country.


Corporate credit unions are united on a cooperative basis in the Central Credit Union (US Central Credit Union). Like any financial institution, credit unions have the financial resources. Credit union services are available only to its shareholders. All the members of the credit union, regardless of gender, ethnicity, religious and political beliefs, as well as the size of the monetary share have equal rights. Taking a decision to join a credit union, citizens create an organization through which they participate in the shared savings by mutual crediting and joint (collective) use of personal savings. Credit unions, like today's credit unions, emerged in the 19th century in Germany as a result of crop failure and famine. Standards by which credit unions build their work do not coincide with the standards and regulations of consumer cooperation of the usual type. Credit unions are financial institutions, financial cooperatives of citizens, and in this capacity they are above all associations of people, not unification of capitals, which is typical, for example, for public companies.