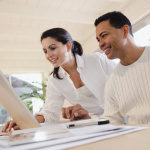 Maryland have 49 cities with Credit Union location in your country. All country.


Main share of credit unions assets is concentrated in loans (about 50%), while the share of consumer loans in commercial banks and finance companies active operations rarely exceeds 15%. The most common type of loans in credit unions are loans to purchase new and used cars (40%), followed by first mortgages and second mortgages (35%), about 10% are unsecured personal loans to member of unions and about 15% - are loans on credit cards and other loans. Standards by which credit unions build their work do not coincide with the standards and regulations of consumer cooperation of the usual type. Credit unions are financial institutions, financial cooperatives of citizens, and in this capacity they are above all associations of people, not unification of capitals, which is typical, for example, for public companies. The right to use the services of the credit union have only its members. A credit union on its own initiative order is created by citizens (individuals) to solve their financial problems that they could not solve in other financial institutions. Today, the World Council of Credit Unions is represented as members four regional confederations and twelve national associations.