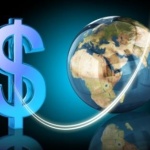 Idaho have 25 cities with Credit Union location in your country. All country.

Credit cooperatives and credit unions exist in many different forms. The main differences relate to the nature of the membership and the opening of a credit institution. Like the credit cooperatives, credit unions form associations of a higher level, which are called corporate credit unions. On the consumer credit market in the U.S. credit unions are on the third place after the commercial banks and finance companies and are ahead of savings institutions, not taking into account the loans on real estate.


Credit unions base their activities on savings of shareholders, their shares and savings contributions, which make up the fund of mutual financial assistance - a source of cash loans to shareholders. Principles of cooperative democracy and interaction were adequate to the purposes for which people joined credit unions. Until the mid-XX century, credit unions in the United States had little assets that did not exceed, as a rule, 100 thousand dollars Unlike banks credit unions limit their activities to a closed circle of people. Credit unions historically formed as a special form of social support, initially taken upon themselves the social mission of protecting the interests of citizens in the field of financial services. Activity of the credit union consists of organizing mutual financial assistance by meeting the needs of its members in the services of saving and obtaining loans. Important specifics of creating a credit union - an initiative order of organization: people do not receive any instructions, orders or regulations, the unification into a credit union occurs by their will and decision. Credit unions, like today's credit unions, emerged in the 19th century in Germany as a result of crop failure and famine. Credit unions are financial institutions, financial cooperatives of citizens, and in this capacity they are above all associations of people, not unification of capitals, which is typical, for example, for public companies.