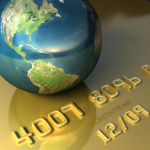 Advantages of the "Xpress Money": a minimum of documents - identification document (the original). On the territory of the Emirates, Xpress Money has its head office and operates more than 140 of their own offices. Xpress Money offers a choice of opportunity to transfer money directly into a bank account along with the ability to personally take cash in the point of service, and in some countries - also the option of delivery of money to the door of the recipient.


To implement money transfers via Xpress Money you can in 14,000 locations in 73 countries, including USA, UK, Canada, Sweden, Australia, Spain, Italy, Egypt, United Arab Emirates, Saudi Arabia, Bahrain, Jordan, Kuwait, Oman and other countries. Advantages of the "Xpress Money": high speed - Transfer funds for one minute. UNIStream completes integration with Xpress Money Services. 11 May 2012 Xpress Money has organized an environmental clean-up expedition to the worlds highest mountain - Everest. The new image of Xpress Money was presented at the ceremonial dinner in Dubai, October 31, 2011. At this memorable event were large shareholders, VIP-guests and partners, agents from around the world.