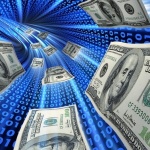 The Western Union Company - the American company, specialising on granting of services of monetary intermediary. Western Union was founded in 1851. The company is one of leaders in the market of the international remittances. Each money transfer is protected with control number, that allows you to track and to ensure prompt payment of money specified by you person. 1998 - the number of points of money transfers worldwide reached 50,000. The network of money transfers of Western Union is the world's largest.


Western Union has several divisions, with products such as person-to-person money transfer, money orders, business payments and commercial services. In 1995, First Financial Management was acquired by First Data Corp. (the deal amounted to $ 7 billion), and Western Union Financial Services became a subsidiary of First Data. In 1914 Western Union engineers invented the first payment card - a prototype of the modern credit card. In 1991, Western Union has sold some low-profit division of the company AT & T, GM Hughes Electronics, and to some others. In the same year the company changed its name to New Valley Corp. In 1849, Selden and Sibley, the founders of the future Western Union, created the New York State Printing Telegraph Company. In 1884 Western Union has become a joint-stock company and was brought to the stock exchange. The company has entered in the first American stock index Dow Jones.