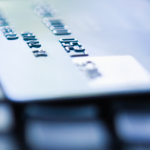 In the Western Union in the 30s of the 20th century worked 14 thousand couriers delivering telegrams. In the early 60s Western Union has put into operation transcontinental microwave system of data transmission via radio waves, completely replacing the web of telegraph poles and wires. Money transfer is a matter of minutes, at any distance. Before transition to remittances Western Union company rendered services on sphere of cable communication. Western Union made so that the time in all of American civil services was the same. In 1884 Western Union has become a joint-stock company and was brought to the stock exchange. The company has entered in the first American stock index Dow Jones. All you need for sending money via Western Union is to go to the nearest branch of Western Union, fill out the transfer printed form, show your passport and then send money.