Sanaa, Yemen have 3 agent Find Ria money transfer in your country. All country.

Money transfers by RIA Envia are carried out in over 110 thousands of RIA Envia agents in more than 130 countries all over the world. At the very beginning RIA Money transfers was aimed to provide services of money remittances to the guest workers, which came to work from abroad. 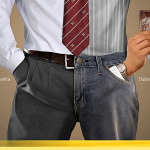 The company RIA Envia is a member of Euronet financial group and has a wide network of agents and branches in Europe and North and Latin America. In order send or receive wired money transfer via RIA Money Transfers neither the recipient nor the sender doesn't have to have any bank accounts. Now RIA Envia is expanding actively on Asian market (particularly in the South-East), Oceania and Africa. How to make money transfer using RIA Money Transfer - tell a number of transfer to the recipient and within 10 minutes it will be possible to get money. Ria MoneyTransfer agent network includes over 10,000 branches in 74 countries, among which are almost all major countries from Europe (except Belgium), and America.