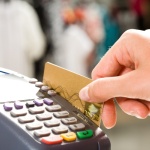 Spain have 5 cities with Find Ria money transfer in your country. All country.

Originally Ria Money Transfer was servicing Latin American diaspora in the U.S. (hence the name). Money transfers by RIA Envia are carried out in over 110 thousands of RIA Envia agents in more than 130 countries all over the world. If during the week you won't visit the bank and won't take money, sent via RIA Money Transfer, put the sender aware of this and he will be able to instantly withdraw money back.