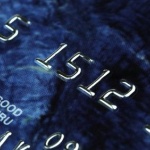 Peru have 1 cities with Find Ria money transfer in your country. All country.

Ria MoneyTransfer agent network includes over 10,000 branches in 74 countries, among which are almost all major countries from Europe (except Belgium), and America. RIA Envia is planning to develop its wired transfer service between the CIS countries (already connected to the bank systems of several countries). But for the present in these countries bank clients can only receive money transfers, sent from abroad via RIA Money Transfer. General conditions of remittances via RIA Money Transfer: payment is carried out in cash, euros and U.S. dollars.