If during the week you won't visit the bank and won't take money, sent via RIA Money Transfer, put the sender aware of this and he will be able to instantly withdraw money back. RIA Money Transfers - the third largest provider on the world market of money remittances for people. The strategy of RIA Money Transfers was aimed on developing of a system of international money transfers, insuring and helping migrant workers to transfer money home. General conditions the transfer via RIA Money Transfer: to carry out operations in the system of RIA Money Transfers neither the sender nor the recipient does not need the bank accounts at the bank. RIA Financial Services Company is a part of Euronet group and has a network of more than 100,000 agent locations in 120 countries across Europe, America, Asia and Africa. The main advantage of the money trtansfer system RIA Envia are moderate client fees and extremely wide geography of a offices. At the very beginning RIA Money transfers was aimed to provide services of money remittances to the guest workers, which came to work from abroad. Now RIA Envia is expanding actively on Asian market (particularly in the South-East), Oceania and Africa. The system of RIA Money Transfer works according according to the principles "speed, reliability and accuracy" in the implementation of money transfers. 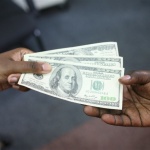 Latvia have 1 cities with Find Ria money transfer in your country. All country.


If during the week you won't visit the bank and won't take money, sent via RIA Money Transfer, put the sender aware of this and he will be able to instantly withdraw money back. Ria MoneyTransfer agent network includes over 10,000 branches in 74 countries, among which are almost all major countries from Europe (except Belgium), and America. RIA Money Transfer Service is going to expand its network to the CIS countries. Payment of transfers. Payment is made in cash in U.S. dollars, but you can get transfer also in Euro. Conversion of funds will then be made at the bank rate at the date of receipt of the transfer. In 2012 RIA launches www.riamoneytransfer.com allowing consumers to send money transfers online from the US and opens its hub in Santiago de Chile.