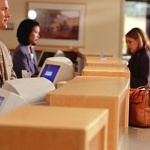 Estonia have 1 cities with Find Ria money transfer in your country. All country.

How to make money transfer using RIA Money Transfer - tell a number of transfer to the recipient and within 10 minutes it will be possible to get money. Money transfers by RIA Envia are carried out in over 110 thousands of RIA Envia agents in more than 130 countries all over the world. At the very beginning RIA Money transfers was aimed to provide services of money remittances to the guest workers, which came to work from abroad.


U.S. dollars and euros are the main currencies of money transfers, carried out by the system of RIA Envia. If during the week you won't visit the bank and won't take money, sent via RIA Money Transfer, put the sender aware of this and he will be able to instantly withdraw money back. RIA was founded in 1987 and it is today is one of the largest money transfer company in the world, with a global agent network. General conditions of remittances via RIA Money Transfer: sending of money is carried out in euros and U.S. dollars. When sending money via RIA Money Transfer, the sender should inform its exact passport data and contact numbers. Payment of transfers. Payment is made in cash in U.S. dollars, but you can get transfer also in Euro. Conversion of funds will then be made at the bank rate at the date of receipt of the transfer. Rates RIA Money Transfer. Cost of service is 2%-3% from the transfer amount. When sending money or receiving a payment via RIA Envia a client wants to open the bank account, such account is opened by for free.