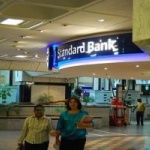 Australia have 7 cities with Find Ria money transfer in your country. All country.


General conditions of remittances via RIA Money Transfer: payment is carried out in cash, euros and U.S. dollars. General conditions of remittances via RIA Money Transfer: the remittance fee is paid by the sender only, the payment of the transfer is free of charge. U.S. dollars and euros are the main currencies of money transfers, carried out by the system of RIA Envia. When sending money or receiving a payment via RIA Envia a client wants to open the bank account, such account is opened by for free. How to obtain the remittance via RIA Money Transfer - check with the sender's number and amount of payment. RIA was founded in 1987 and it is today is one of the largest money transfer company in the world, with a global agent network. In 2012 RIA launches www.riamoneytransfer.com allowing consumers to send money transfers online from the US and opens its hub in Santiago de Chile. The system of RIA Money Transfer works according according to the principles "speed, reliability and accuracy" in the implementation of money transfers.