Money transfer system MoneyGram International and the second largest bank in China - Bank of China, announced the start of service of MoneyGram at 200 offices Bank of China in Beijing. MoneyGram agents are located - in post offices, bank offices, supermarkets, and even travel agencies. In March 2012, the company MoneyGram merged with the network of U.S. payment centers ZipZap. Technology continues to play a key role in increasing MoneyGram transaction speed, automating and streamlining processes, and creating new functionality. It is very convenient and quick to transfer money without opening accounts and having no payment cards, precisely due to this wired transfer system MoneyGram has become one of the most common worldwide. MoneyGram completed the rollout of simplified pricing for money transfer services in the U.S., an initiative that began last year. In MoneyGram were added or converted new currencies in an additional 29 countries during the past year, providing consumers with a wide array of currency payout options. How quickly the money will reach the recipient? MoneyGram Money Order comes anywhere in the world in 10 minutes. MoneyGram International, one of the leading companies in the global money transfer market, has announced that its customers in Israel can now send and receive money transfers in Euro. 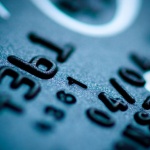 EL SALVADOR have 114 cities with Moneygram location. All country.