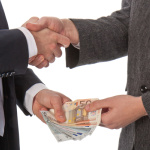 DENMARK have 17 cities with Moneygram location. All country.


On March 7, 2011, MoneyGram entered into a Recapitalization Agreement with THL, as the holder of all of the B Stock, and Goldman Sachs, as the holder of all of the B-1 Stock. Money transfers via MoneyGram system can be used as by bank customers, and by people who do not have bank accounts. Withdrawal of Webmoney via MoneyGram allows to get cash within a day. No need to wait a long time to obtain funds, and then also to stand in queues. Everything happens very quickly. MoneyGram International, Inc. - The U.S. financial company engaged in operations in the international financial markets since 1940. In 2010, MoneyGram announced a donation of U.S. $ 200,000 from the International Red Cross to help the people of Pakistan in fighting with the effects of flooding. For the recipient MoneyGram service of wired transfer is free. All expenses will be paid by the sender at the time of sending money. Bank services of MoneyGram on money transfer are available only to individuals. Thousands of businesses count on MoneyGram for payment services to move money and drive commerce. This is a trust that MoneyGram takes very seriously. To 284 thousands of service points has grown global network of MoneyGram agent offices in the 2nd quarter of 2012 due to India, Spain and Africa, thus its growth was 16%.