Credit unions perform the function of social protection in a vital for people sphere of financial services. They care about improving the financial literacy of the population, are working on the formation of their members and their employees. Share contributions are transferred to the credit union on the basis of membership for the whole stay of a shareholder as member of the credit union and are the basis of membership. The main advantage of credit unions consists in transparency, controllability, governance for shareholders. International cooperation has been particularly felt since the days when Alphonse Desjardins began the activity on development of credit union movement in North America. Credit unions appeared in England in the 19th century. In 1844 a group of workers from Rochdale established the first cooperative. The value of credit unions is not limited to the role of the economic agent - they are an important element of the social structure and a factor of social stability and progress. Shareholders in corporate organizations are basic credit unions, besides the same union can be a shareholder of several corporate organizations. The supreme body of the World Council of Credit Unions is the Assembly, which elects the president and the board of directors of WOCCU. The right to use the services of the credit union have only its members. 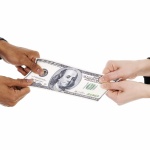 Connecticut have 53 cities with Credit Union location in your country. All country.


Some credit unions are closed, serving only their members. However, the more and more popularitywin cooperatives of open type. Is necessary that all shareholders of the credit union were members of a single community, would know each other well enough to enjoy mutual trust. Among the U.S. credit unions, there are three groups that differ in terms of assets, shareholders, and business services. Historically, credit unions have grown from the experience of credit cooperatives, but they took the experience of organizations of mutual aid of citizens by moving methods of social self-protection from labor and toward consumption. In the UK, credit unions are a source of financing of people groups. This tool is not widely used.