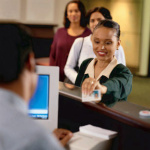 E-payment service Coinstar E-Payment, a division of Coinstar Money Transfer, entered into an agreement with the companies offering prepaid cards for Facebook and MySpace, as well as for the popular massively multiplayer online games. The benefits of remittances Coinstar Money Transfer: sum of one transfer may not exceed five thousand dollars or the equivalent (the amount may be lower depending on the recipient's country). Advantages of Coinstar Money Transfer - transfer does not take more than the one hour, which allows almost immediate money transfers.